Hey all. There’s been a lot of controversy about Glitter Force. The ninth iteration of the Pretty Cure Franchise in Japan and one with an interesting and devoted fan base, it is no wonder that this series has garnered a tremendous amount of attention.  This iteration however has gained more than is standard as Pretty Cure has been renamed Glitter Force. A great many Otaku and establish anime fans (this group included) have been very disparaging regarding the translation and localization of this series.

Maybe we’re a little late to the game writing about it, but there’s a reason why that you’ll see as you read the article Since Netflix has announced that this will be shown, people are ranting about the fact that names of characters were changed, the location of where this takes place was changed. Especially there has been a lot of hate about the title, since Glitter Force is originally Smile Pretty Cure.

Fans have gone to the extent of launching a change.org campaign requesting the removal of Glitter Force from Netflix. 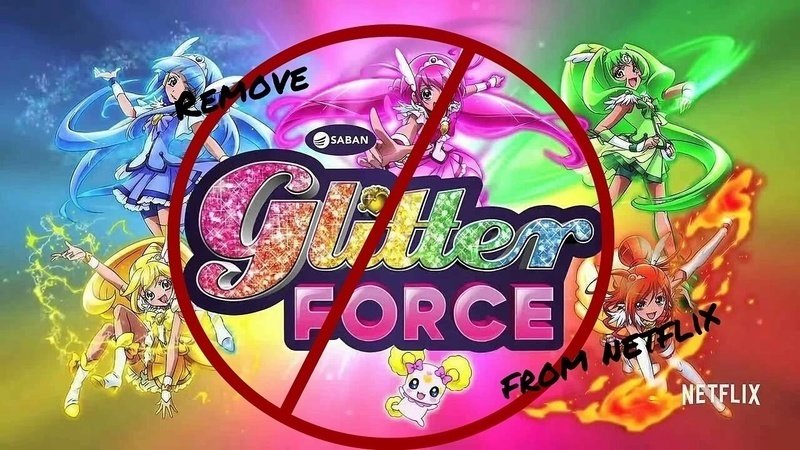 While no one here went that far there was concern that Glitter Force was a hearkening to the days of ‘4Kids’ dubs, with poor voice acting and no recognition of the original content. So what changed our opinions here at Doomtastic? An article in May’s issue of  Otaku USA discussing Glitter Force as a gateway anime right as it released on Netflix made us reconsider how we thought about it, and so I decided to give it a try. It took  little bit of time for me to sit down with this series due to our schedule, but I finally did this week.

And I have to agree with the Otaku USA article’s points. The most important thing to remember is that this is a Children’s show in Japan and Saban and Netflix have done a great of making it a Children’s show for American children. If you only do a translation while keeping all the Japanese cultural references intact you can have an amazing show, but it is one to which the vast majority of children here will be unable to relate.  If we keep the villain as Pierrot, how many 7 year olds are going to understand the symbolism or idea of who he is?

If you ask the vast majority of Otaku in their 20’s and 30’s what the first anime they watched was, they preface their answer with something along the lines of “Well I watched Sailor Moon, Pokemon, DBZ, Tokyo Mew mew, etc before I knew what anime was, I just knew these shows were GOOD.”  This is telling and this is exactly what Glitter Force aims to do. Netflix does not even list it as an anime .

They are very aware that they have greatly changed this show. They have localized it for children instead of just translating it for fans. LOCALIZED and not translated. This means that the localization is different for each country, whew. While some of the examples listed above succeeded in intriguing beginning fans, but have a dub that doesn’t hold water, others have amazing localization that maintains over time. Pokemon is a classic example. Which, by the way, is also listed in this section of Netflix and not in the anime heading. I feel that Glitter Force is going  to be among those.

In addition, the lovely people at Saban had the scripts re-written and new songs written and recorded as well. If you have knowledge of the economics of these things, you know that this is a much more expensive endeavor than just translating the dialogue. And the songs hold up, they are cute, fun, and accessible while keeping something of the original Pretty Cure premise. Which pretty much describes the series and that is the point. This is a kid’s show, like My Little Pony: Friendship is Magic or The Winx Club. A fun, happy, girl-powered romp.  It’s not supposed to be filled with references to Japanese Culture or symbolism. and if you watch it how it is intended I think that you can agree, as a kids show, Glitter Force knocks it out of the park. To answer the title question, no Glitter Force is not Pretty Cure. It is Glitter Force and that’s enough.

Sometime 10 years from now, you are going to hear a group of Otaku talking about their ‘Gateway Anime’ and some of them are going to say “Well, I watched Glitter Force before I really knew what anime was.”

Watch a few episodes and let us know what you think.

2 thoughts on “Glitter Force: Is it Pretty Cure?”